Remember Christopher Lao? He was the guy who got cancelled in 2011 after complaining about the Quezon City flood on national TV.

Before the cancel culture swarmed the internet, cyber bullies had already targeted a Filipino-Chinese guy during the 2011 Typhoon Kabayan. His name is Christopher Lao and his infamous line, “Nobody informed me” still rings a bell among netizens at that time.

It all started when his car floated after driving through the waist-deep flood in Quezon City. A journalist from 24 Oras interviewed Lao, who expressed his utmost frustration of why MMDA didn’t put road barriers in that particular street. He also mentioned that he could’ve been informed that the flood is already that deep.

This snippet of the report went viral on social media, making him one of the original victims of social media abuse. 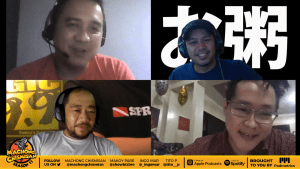 In the podcast, Lao revealed that he didn’t like the tone of the GMA reporter, which made his answers sound arrogant on TV.

This interview trended on Twitter both nationwide and worldwide. He was labelled as the “bobong lumusong sa baha” on social media platforms. On top of that, eagle-eyed netizens also dug up his UP Law background, which heightened the smart-shaming attacks towards him. This made him feel worthless that the thought of killing himself crossed his mind.

In the two-part episode of his Machong Chismisan guesting, Lao admits that he might be sabaw during that time. Lao was reviewing for the Bar exam when he miscalculated the depth of the flood.

Fast forward to 2021, he is now a lawyer and has been an advocate against cyberbullying and cancel culture in the Philippines.